When I was a kid and saw the second generation jets for sale on the shelves of my local Best store (anybody remember the 1985 Sears Christmas Wishbook?), I turned my nosecone up at them, quickly dismissing them as cheaper, thoughtlessly designed spinoffs of the first seeker line. My mistake. Years later, as a full-throttle 80’s nerd, I sought to collect these 2nd gen jets as the TF aesthetic started getting more futuristic and imaginative. But alas, there was no eBay back then, only the garbage thrift shops of the good old days.

The coming of the 1986 movie marked a radical departure in the TF aesthetic from the traditional G1 styles based on pre-TF Diaclone and Microchange designs, which were up to that point mostly based on scale models of actual vehicles. Unlike some G1 figures that were just redeco’s of pre-TFs, e.g. Skywarp, Ramjet got some “work done” and came out as a bombshell from the future.  With the conehead seekers Ramjet, Dirge, and Thrust, we saw some creative variants on the Starscream F-15 Eagle fighter jet theme, making huge design changes simply by altering the wings and weapons that resulted in completely different looks. Ramjet’s color scheme, alt form, and bot form are all stunning, IMO. 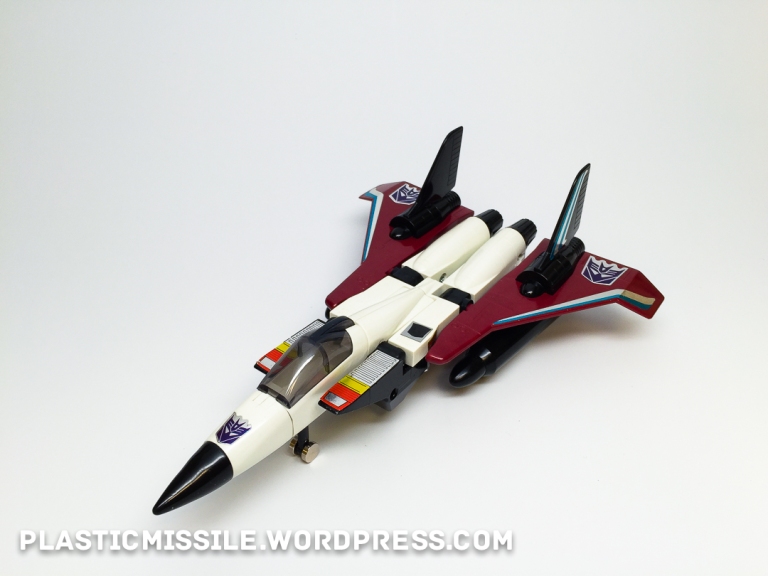 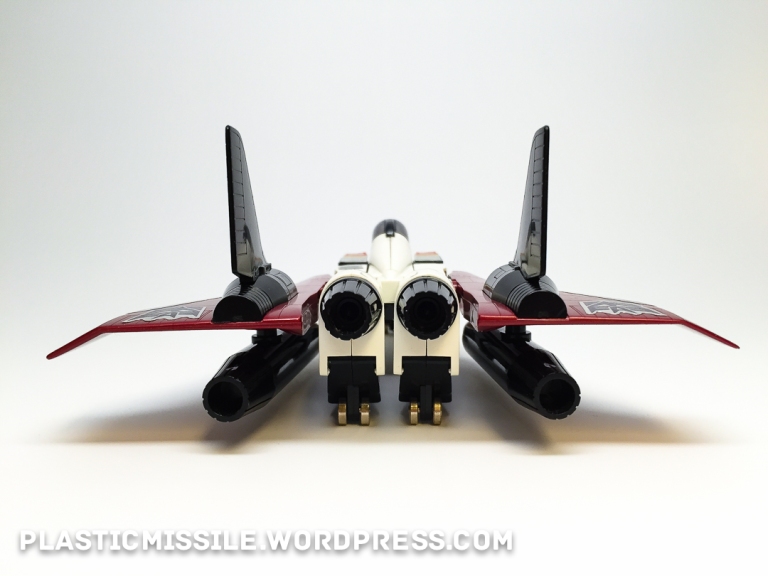 While I loved his cartoon character, I was never a fan of the conehead look transformation. It was clearly never meant to be a part of his intended design mechanism. This is clearly one of those silly marketing schemes that ended up working terrifically for everyone – Hasbro got three completely new figures and we got three new characters, for generations to come.