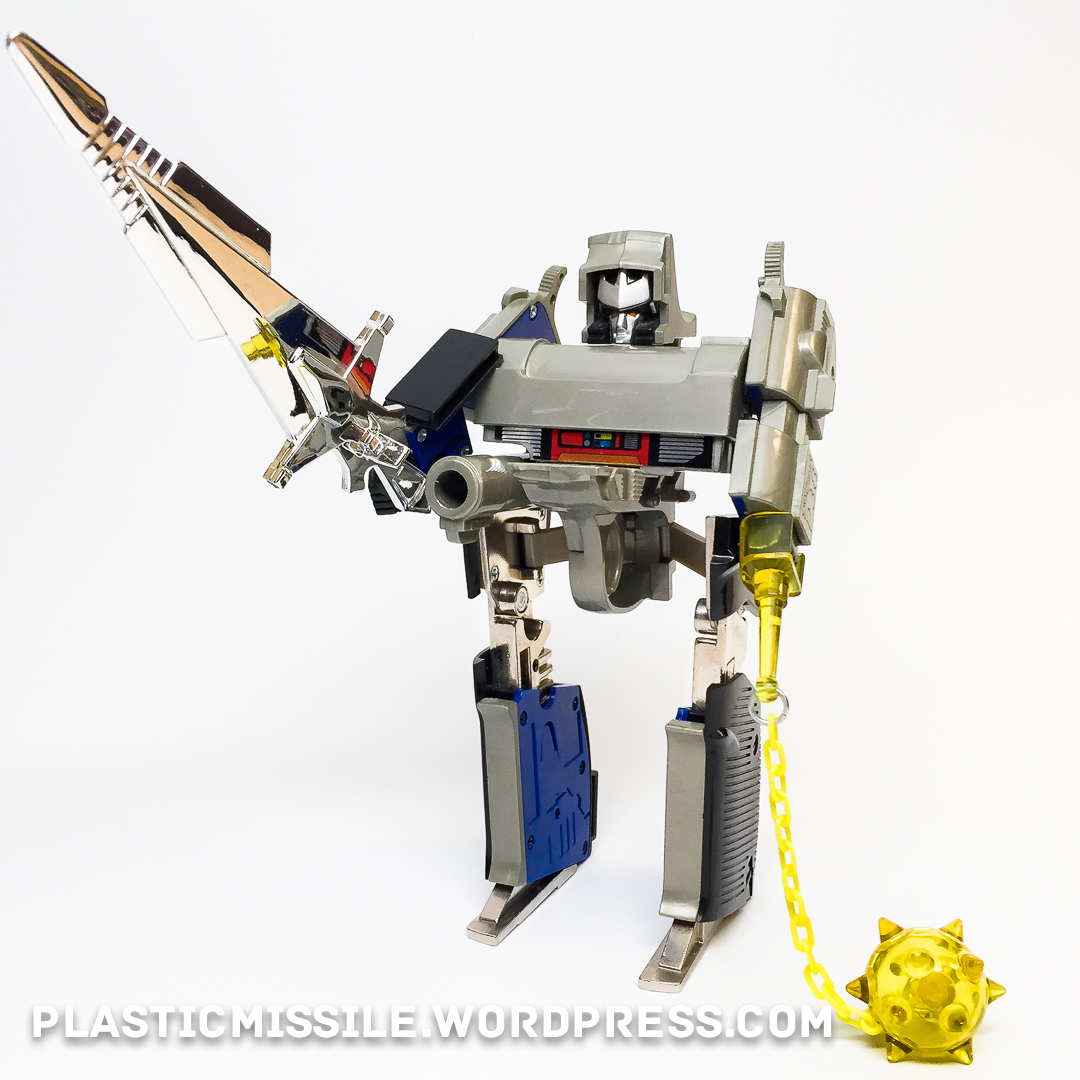 Megaplex is a clone of Megatron that was released as an E-hobby exclusive. Well lucky for us his designer had a good sense of style. With an unchromed matte gray body and blue interior plates on the arms and legs, Megaplex has all the panache of a fresh pair of Nike Presto’s.  Actually, this is the original color scheme of the Gun Robo P-38 Microman figure that was Megatron’s pre-TF predecessor, and also the color scheme that the Japanese G1 version of D-16 Megatron was also released in, as opposed to the Hasbro chromed version with red plates that most of us have associated with Megatron. 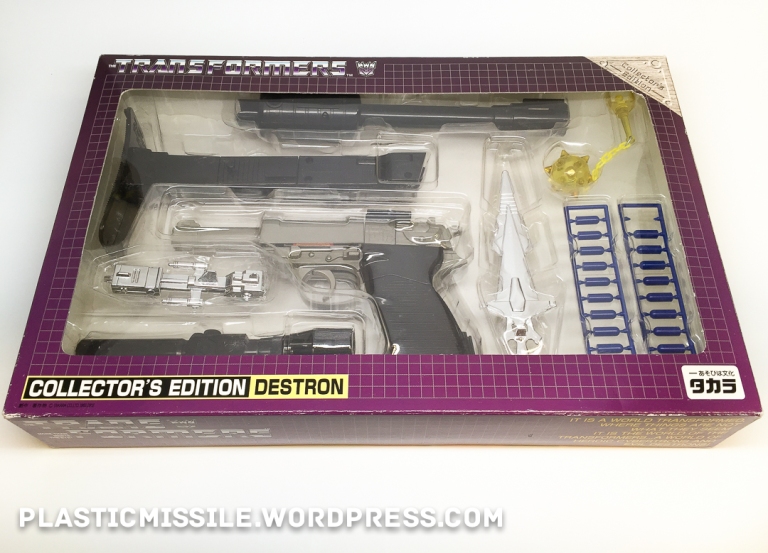 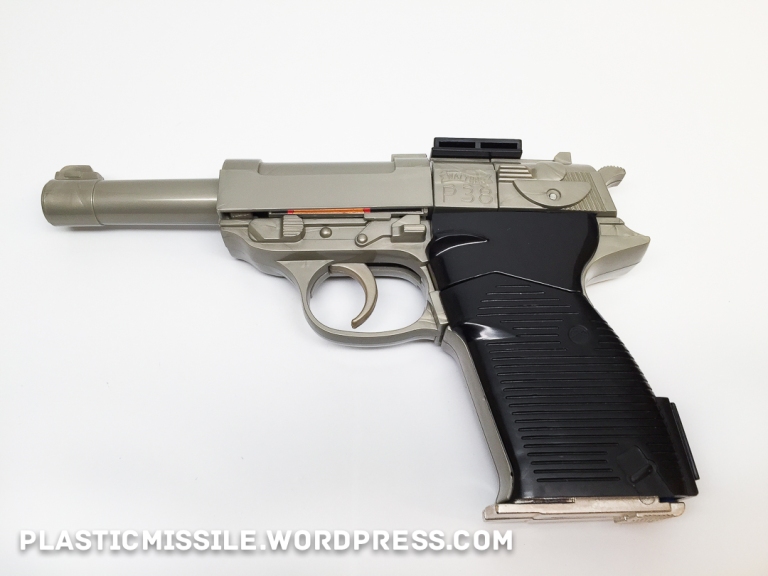 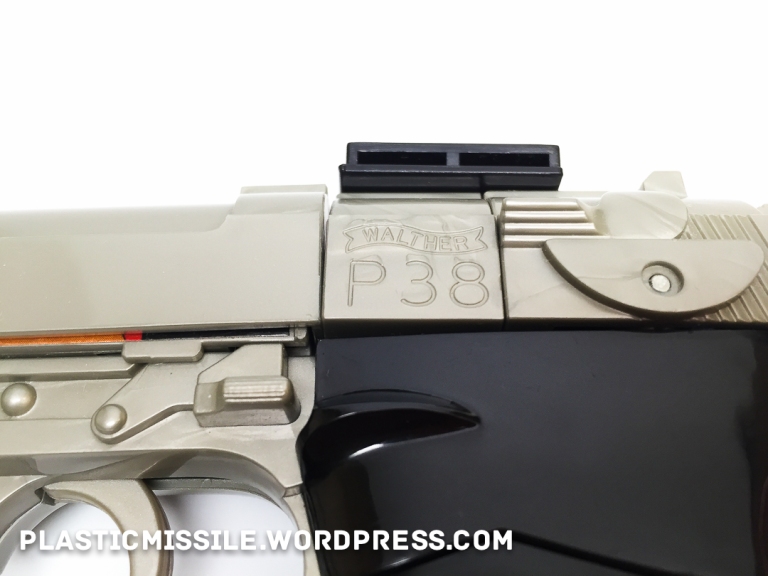 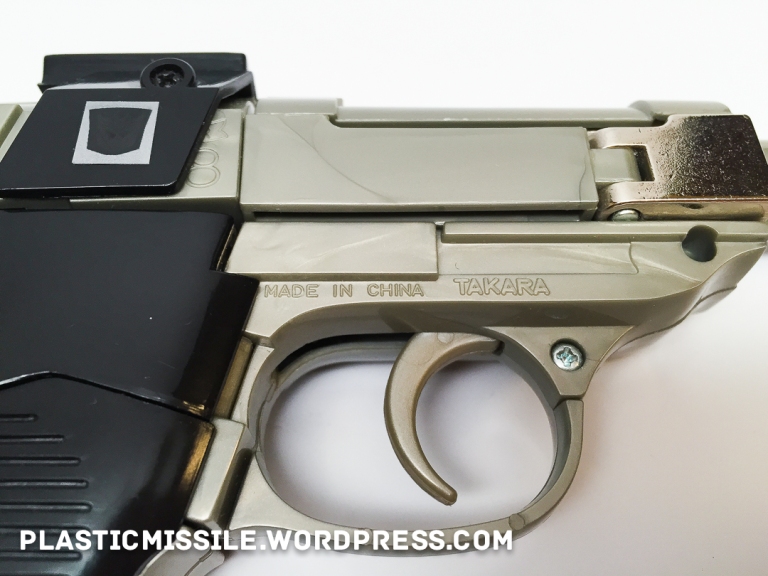 What’s interesting to me is that according to his story he is almost as powerful as Megatron with his levels capped a bit , as to not compete with Megatron. It makes me wonder:

Would Megatron holding Megaplex in gun form be the most powerful weapon combination ever, even more than Starscream (or Optimus even) holding Megatron himself? Hmm…. 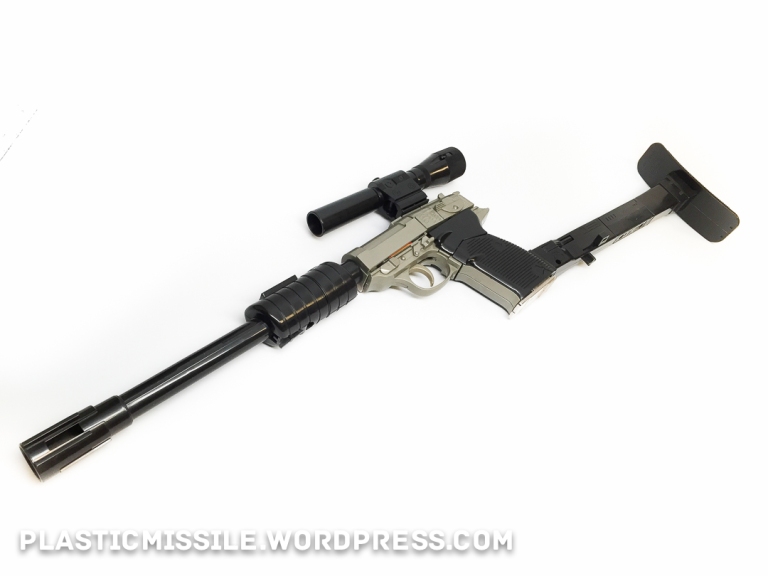 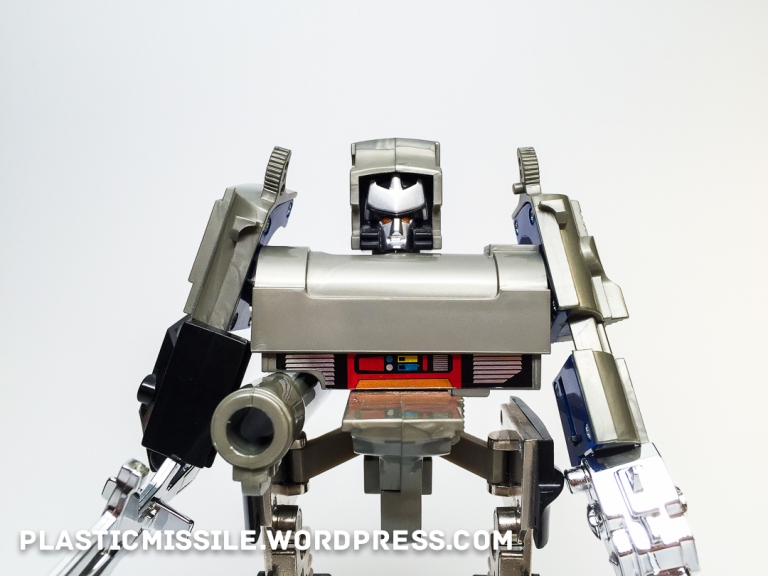 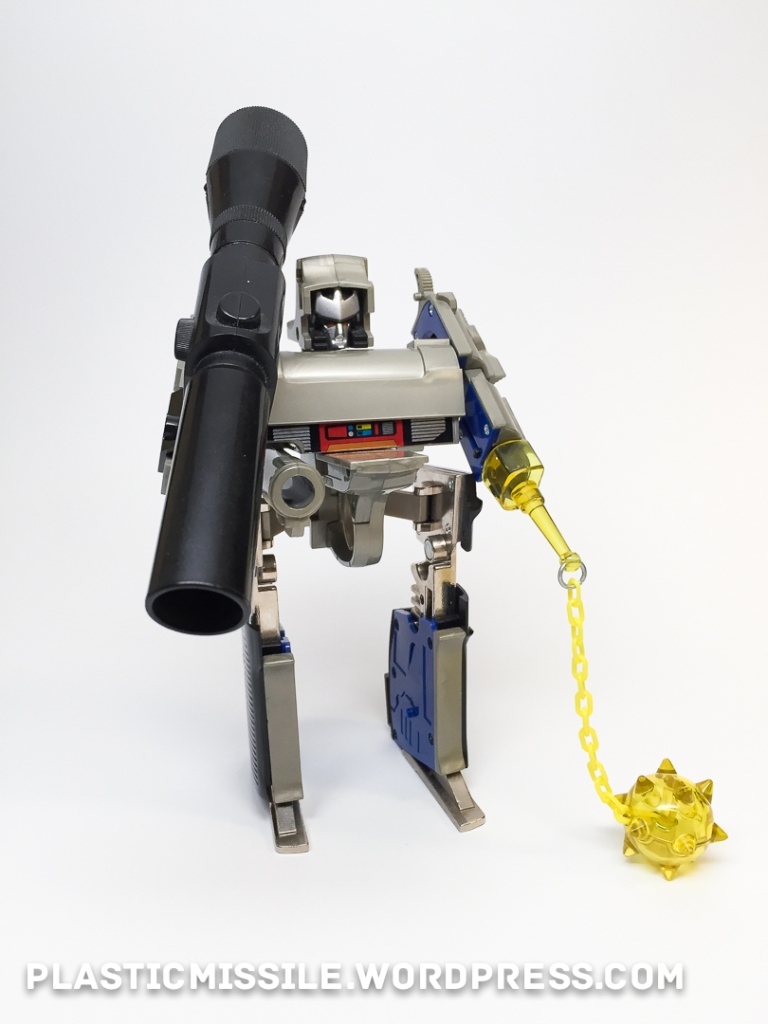 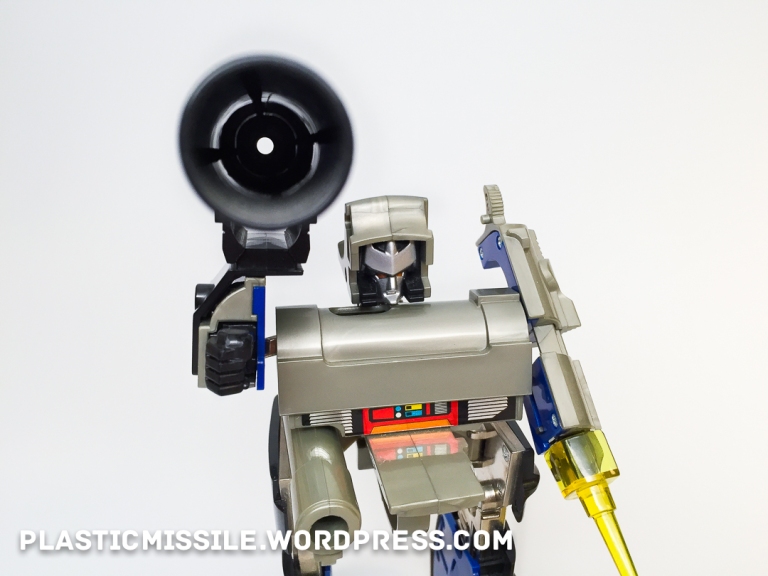 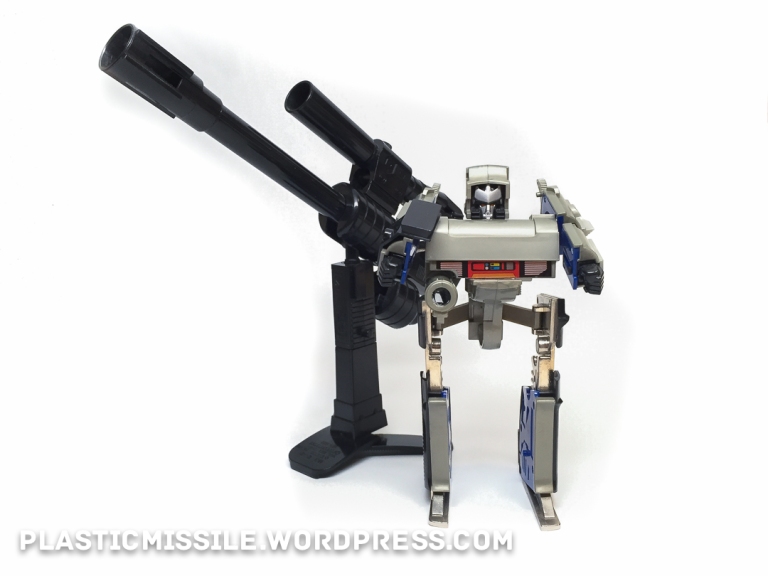 I always felt that the tripod cannon was a much under-appreciated accessory that was a much more prominent feature in the original Microchange series. This is most likely due to the fact that this mode wasn’t featured in the cartoon, and the Japanese D-16 version didn’t come with the stock and silencer. Also, this mode really was designed to pair up with Microman action figures, much like other TFs originating from the MC line, such as Soundwave, Reflector, and Perceptor. Here’s the cannon improperly formed, as the bullet firing mechanism is supposed to connect in the back and function like a seat. I like to call this mode “rodeo style”. 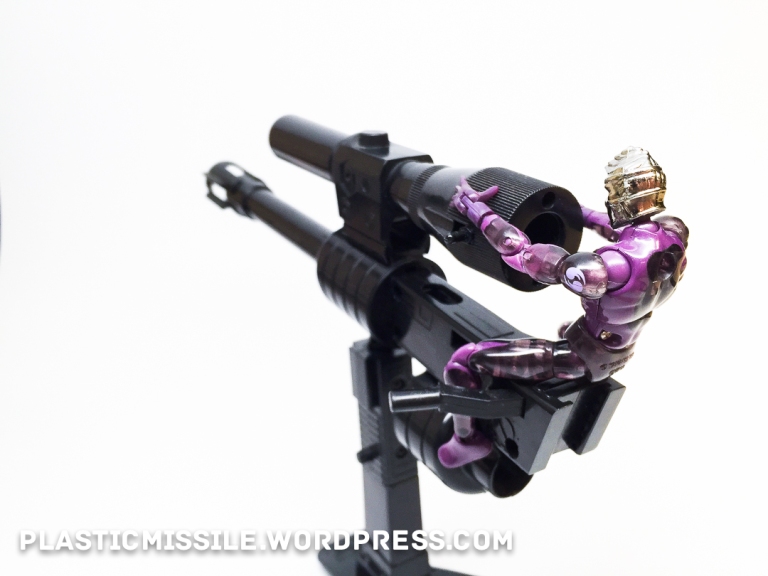