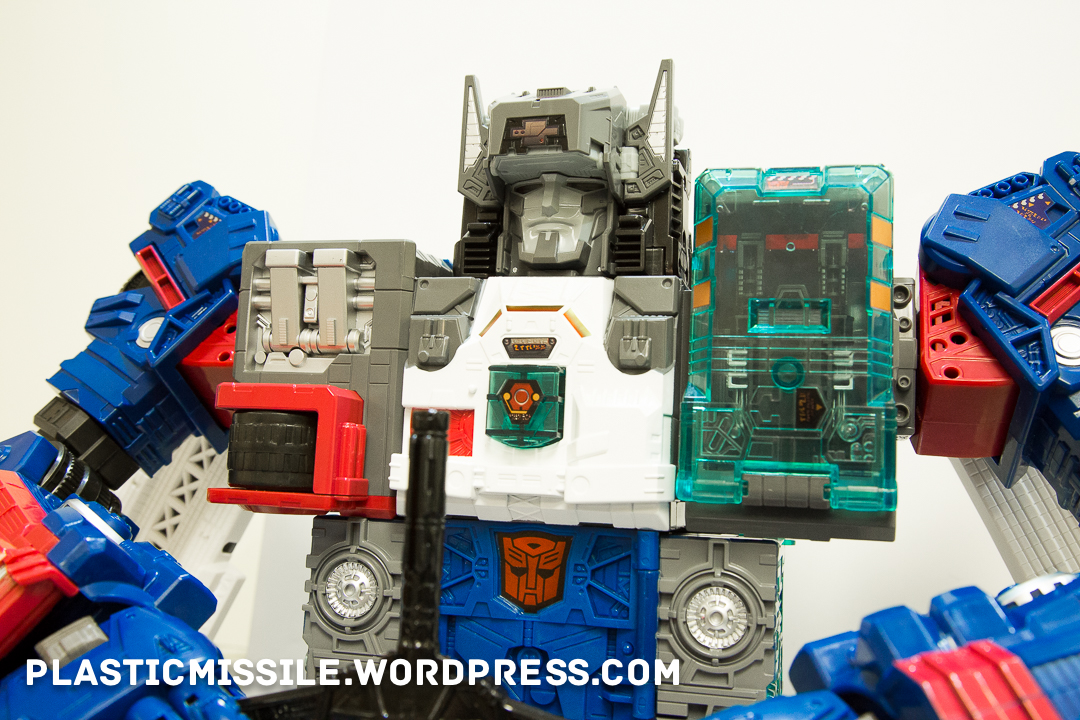 At first I was pretty reluctant to get the TR Fort Max release at all. I never owned the G1 Fort Max, but as a kid I had G1 Metroplex and remember being pretty bored with him immediately. So when Fort Max was released in 1987, I wasn’t all that interested in getting another blocky fort-former. However, I loved the other G1 headmasters and I always wanted Cerebros (where were you then, eBay?). I always thought that Fort Max had an amazing head sculpt. Just everything about that head design epitomized the Takara aesthetic for me. So 80’s, so samurai, so… amazingly Japanese.

So when Hasbro put the SDCC exclusives up on their site, I decided to splurge and pick up this bad boy. Maybe it’ll serve as a nice umbrella stand or as a corner filler gathering dust. Let’s see after the unboxing.

The inclusion of the Master Sword sealed the deal for me. All huge robots should have huge swords, right? Sure, the Hong Kong exclusive Master Sword may be cartoon-accurate and may eventually be included in the Japanese Legends release, but this version is just fine for me, especially for its pricetag. I only see it as a prop, and for me it serves its part.

I’d say this guy is an awesome purchase for anyone, young or old.  It is what a real toy should be: something that gives you pure joy playing with it. Even in base and spaceship mode it’s got plenty of cool little features and nice spots for you to display smaller figures on top, plus the electronic sound gimmicks are fun as well. (I especially like the easter egg – hold down the chest button for 10 or so secs for a lil’ surprise.)

My biggest gripe is that the plastic feels flimsy, especially around the calves and any of the hinges.  If my future child were to play with this like I did with Metroplex and other big bots as a kid, pieces would surely break off and there would be stress marks abound. The saving grace is that Cerebros is made in a more resilient (albeit cheapo looking) semiglossy plastic that should endure normal play, as most kids,er, people will probably transform him back and forth much more often than Max himself. There also aren’t a ton of weapons and little accessories to go missing on like the second day after you get him.

But do get him. By all means.

(Cerebros will be covered separately in a followup post.)