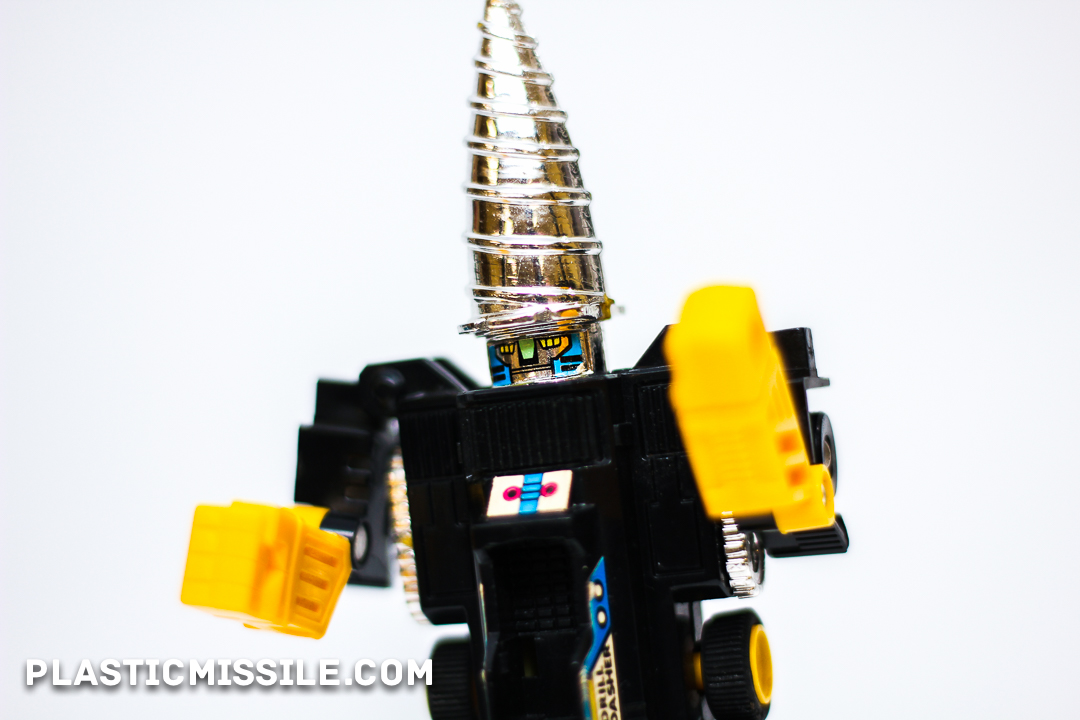 This lil dude was originally an early wave Takara Diaclone standalone bot, part of a windup-enabled series featuring 3 bots: Drill Dasher, Sky Dasher, and F-1 Dasher. Later, they became incorporated into the TF line under the name of “Powerdashers” and were only available as mailaways for $3 and some TF points. Hasbro only showed the futuristic plane bot, Sky Dasher, in the promotions and I remember the day I finally received mine in the mail, after having waited for weeks on end. 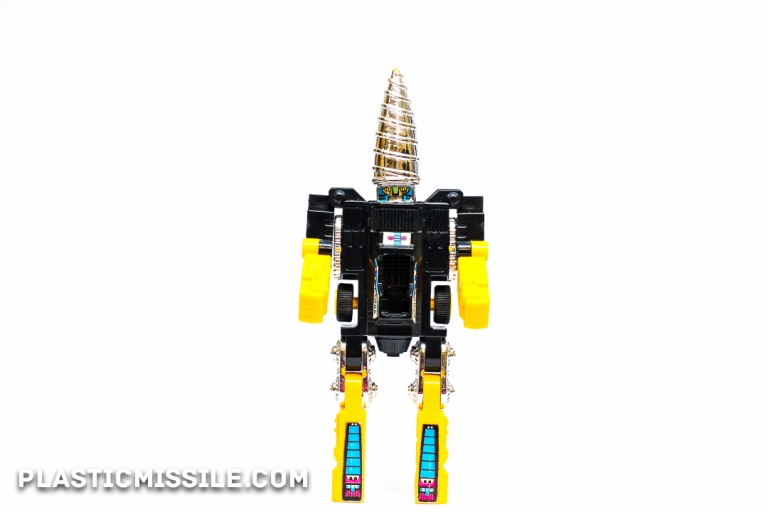 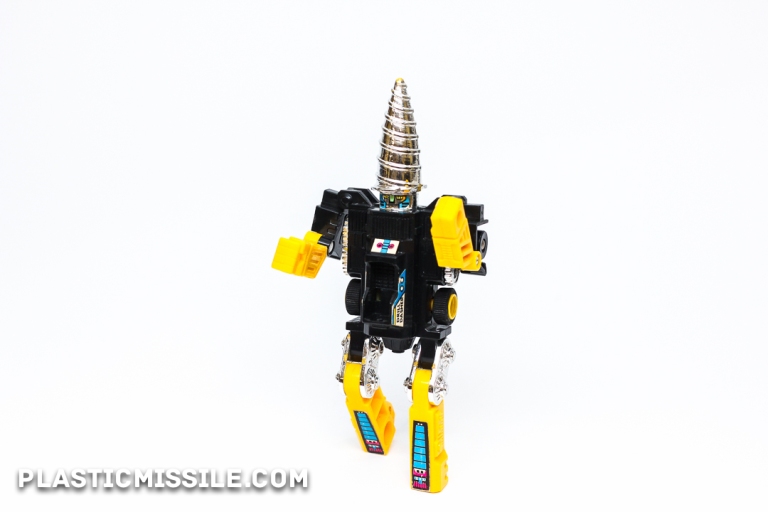 Ah, the joy of opening the package only to find a toy that wasn’t at all close in resemblance to the 1st wave of Transformers. I thought it was nowhere near in complexity or design finesse as the car or plane bots, leaving me perplexed and underwhelmed about this design. Of course, I had no idea that it was part of Diaclone history, and I still enjoyed the wind-up feature, even though the robot mode looked like Scarecrow. (Oh, but little did we know we would get to see more wind-up action with the Jumpstarters Twin Twist and Topspin and don’t forget them minispies…)

Later upon meeting other Transfans I found out they sent out a random assortment of all 3 bots and most of us got the Sky Dasher version, leaving me ever curious about the other 2.

Check out this rad stop-motion Diaclone commercial for these guys:

So after digging around, I found strangely drawn to this conehead, and after getting him I totally understood the charm about this guy. He’s pretty proportional, relatively speaking, and unlike Sky Dasher, he’s got bending elbows! 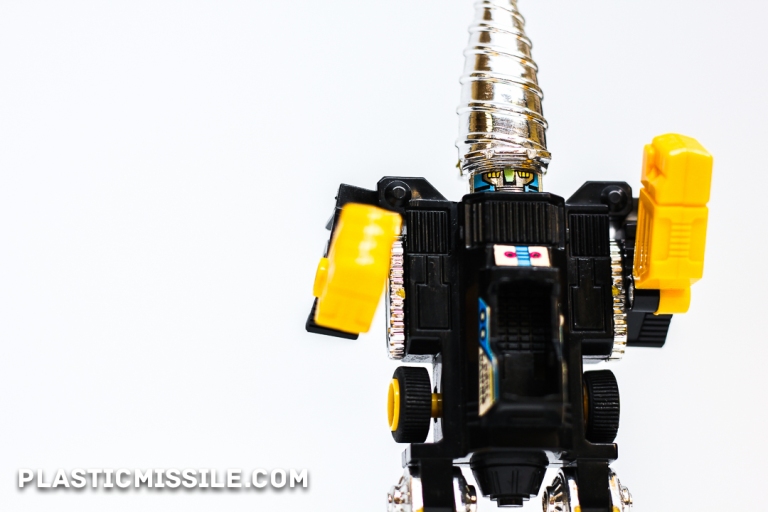 Alt mode is a very creative and simple futuristic design. I love the chrome applications and how his arms become the sides of this drilling machine. But what’s he drilling for? 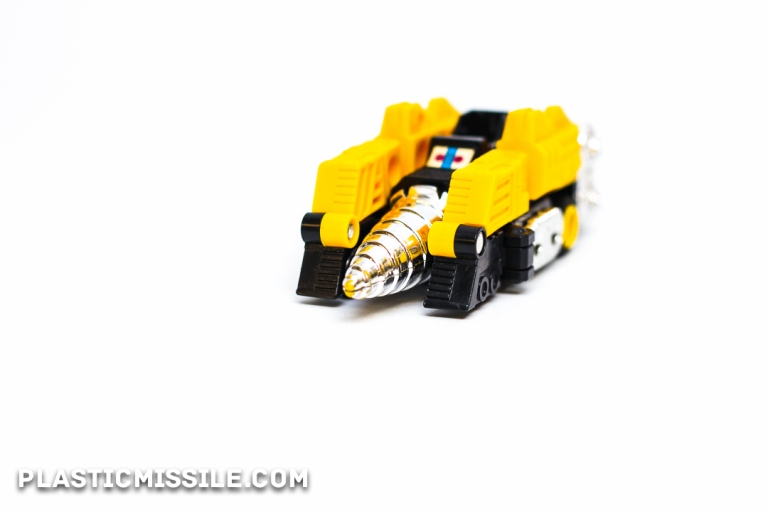 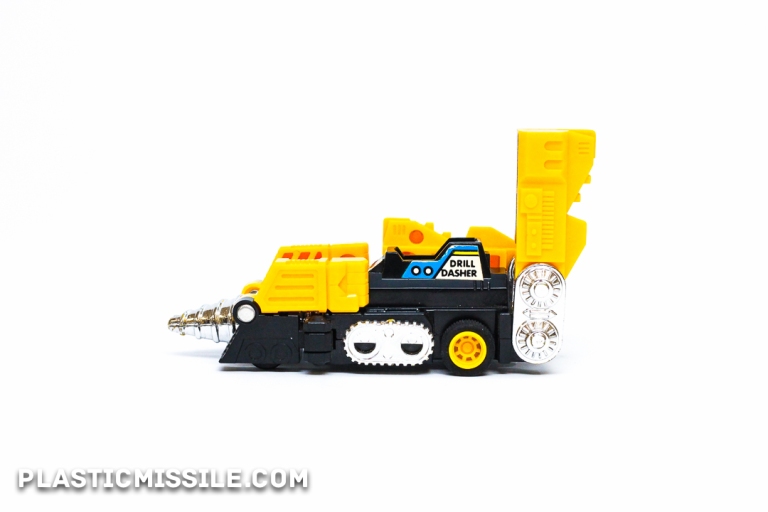 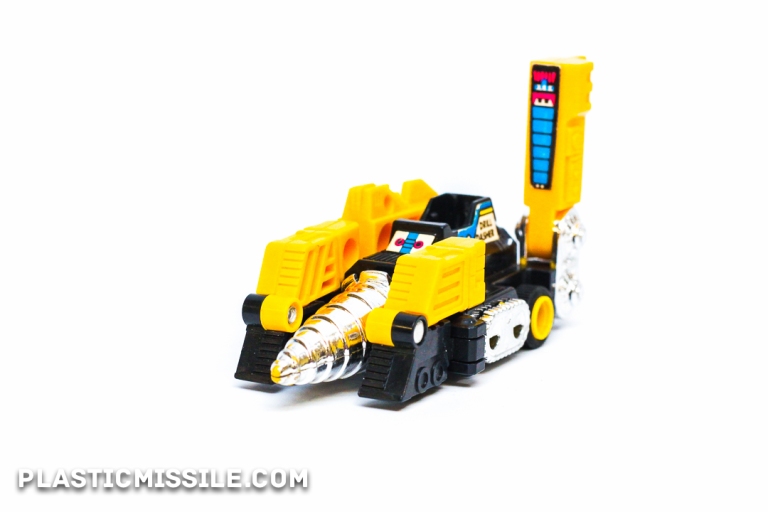 And of course, he’s even better with a Diaclone buddy: 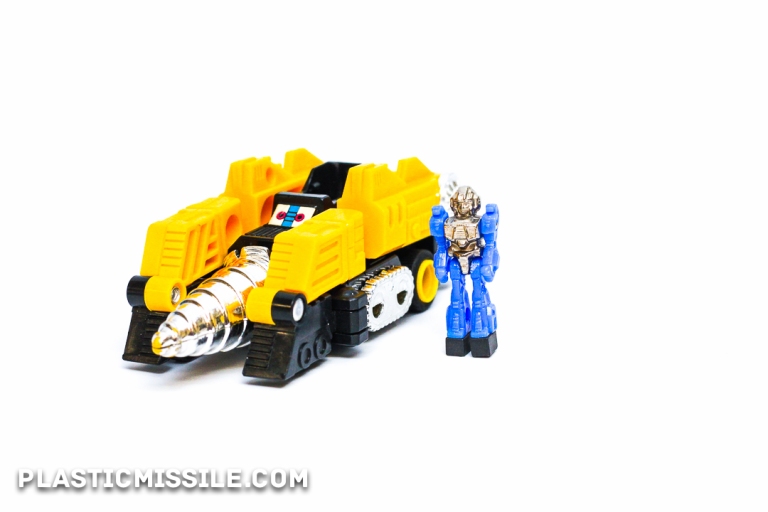 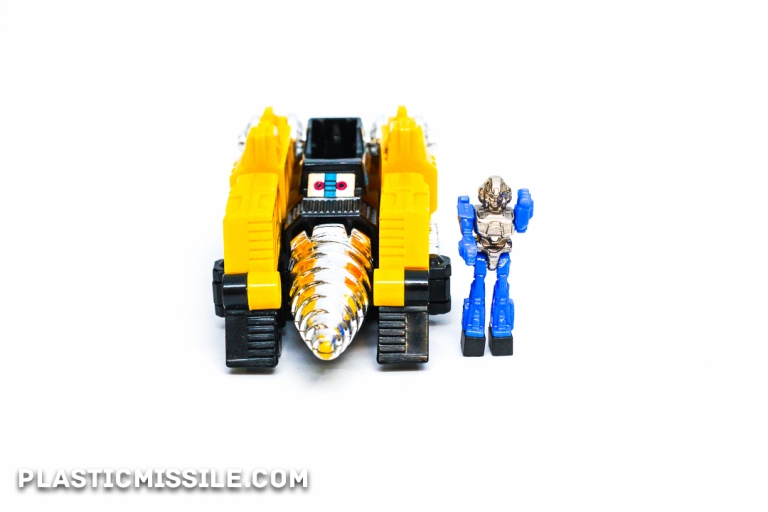 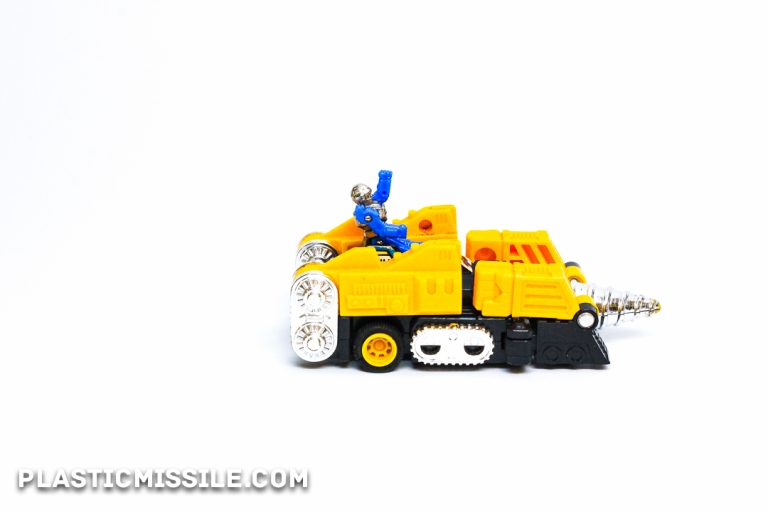 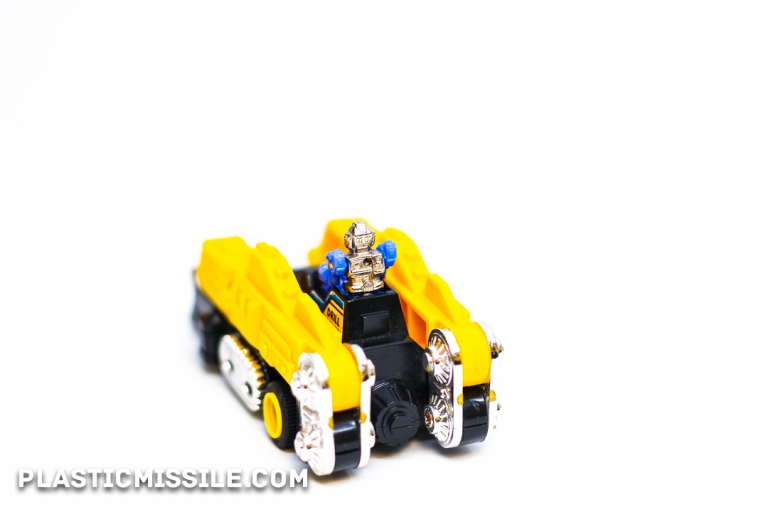